ANTS IN THE SNOW 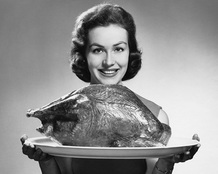 Amateur athlete, Mikhael Demidov, sitting in his 1976 Peugot outside a Skokie, Illinois bowling alley, his Kool cigarette between his lips, has a vendetta.

As we interviewed Demidov, all ears were tuned and all eyes were focused on whether the glowing ember on the end of his cigarette, now two thirds its length, was a symbolic warning beacon to his foes, or whether he was just blowing smoke.

The dispute erupted last Thanksgiving Day when members of the Turkish-Amercan Club defeated the Russian Brothers of Saint Sergius of Radonezh in an impromptu bowling tournament. "It was all supposed to be fun and games," Fun-n-Games Bowling Center manager, Art Jurinsky told us, "when all of a sudden, I see all these drunks rolling around on lane 3, which is strictly not allowed."

The skirmish, according to bystanders, revolved around the contention that Turkish player, Tolga Yilmaz was allegedly "juicing" - using illegal performance enhancing drugs - during the competition.

"The only thing that guy was on was Bud Lite," said Jurinsky.

The disheveled adversaries hurled epithets at one another in their respective languages, neither faction understanding what the other was saying, though they were responsive to the angry looks on each other's faces. Despite the language barrier, a revenge showdown was scheduled for the following Thanksgiving.

"Nekst yeer, on Tanksgeeveeng dey , vee veel eet Choorky." were the last words heard from Demidov before he passed out in the back of the police cruiser.